1. Sunshine
2. It promotes good morals. It promotes friendship.
3. The sun is overhead the Equator during March and September.
4. Flooding.
5. East African Development Bank.
6. They made laws which were used by the colonial government.
7. Modern means of communication are faster than traditional ones. 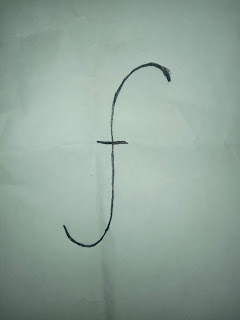 11. They were afraid of the harsh climatic conditions.

14. Political instabilities in some African countries.

17. They provide water for generation of hydro electric power.

18. They help to reduce on the birth rate in an area.

19. It measures the speed of wind.

20. They provide accomodation to the tourists.

23. They were gaining fron slave trade.

27. It requires less capital to start./It does not require a lot of labour.

28. Africans were forced to move with pass identities.

34. It has no sea port/It is surrounded by land in all its direction/It does not have a coastline.

35. Population census is the general counting of people living in a particular area.

36. Either: It strengthens one's faith in God.

Or:   It strengthens one's faith in Allah.

37. Either: It is where Moses received the ten commandments from God.

Or: It is where prophet Muhammad received the first revelation of the Holy Quran.

40. Either: It is the place where the execution of the Uganda Martyrs took place.

(b) It provides food to people./It  provides medical care to children.

(c) Due to presence of thick forests.

(d) They can cause accidents while transporting goods./They lead to delay of goods on the way./They can make movement of goods difficult.

46. (a) Organisation of Petroleum Exporting Countries.

(b) Was the first chief minister of Uganda.

(d) Was one of the regents of Kabaka Daudi Chwa.

(c) By carring out irrigation farming.

(c) To protect them from evil./By blessing them.

Or: (a) Shahadat (Belief in the oneness of Allah and His prophet Muhammaf as his messenger)

(b) They pray five times a day./They perform Hajj./ They recite the Holy Quran.

(c) He blesses them./ He gives them knowledge and wisdom.

(b) It was because man was lonely.

(c) He refused to stop worshipping his God.

Or: (a) Prophet Muhammad.

(b) He was preaching against their beliefs and practices.

(c) He helped him to escape to Taif.

(b) Both fast./ Both make pilgrimages./Both pray to one God.