SECTION B : 50 MARKS
SUB-SECTION II
Questions 51 to 55 carry ten marks each.
51. Read the passage below and answer the questions that follow in full sentences.

THE BLACK BEAUTY QUEEN
Last year in April, twenty girls took part in a beauty contest. The beauty contest took place at Kyobe Institute. Regina, our elder sister was one of the twenty girls. She was a very beautiful girl. She was dark-skinned. Apart from this, Regina was also clever and smart. Regina was asked to take part in this beauty contest by her friends. They always called her the “Black Beauty Queen” because of her beautiful, black skin colour.

On the day of the contest, very many people came to attend. The contest began at 2:00 p.m. The judges looked at the beauty, size, age and nationality of the girls. All the twenty girls were very beautiful so it was very difficult for the judges to choose the winner.

After careful judgement, the judges started reading out the results at 6:00p.m. At this moment every girl hoped to win the best prize which was a car.

The announcer started with the contestant in the last position. He said, “The contestant in the 20th position is Regggggg………………..,
Reggggg……………” On hearing this, Regina closed her eyes and covered her face. But after a minute of silence, the announcer said the full name as “Regious”. This girl had a name almost similar to that of Regina but thank God it wasn’t Regina.

Announcing of the results went on for almost an hour. And when they finally announced Regina as the winner, we could not believe it. All of us jumped off our seats shouting with joy. Regina was then crowned as Miss Kyobe and handed over the new car.

52. Read the dialogue below and answer the questions that follow in full sentences.
Ahabwe : Hello Nyanjura! Where did you go over the weekend?

Nyanjura : We visited Lake Mburo National Game Park. I went with my elder brother
and younger sister. We paid
only one thousand shillings at
the gate. The gatekeeper was
a very old man. He was older
than my grandfather.

Ahabwe : What did you see in the national park?

Nyanjura : We saw giraffes, baboons, kobs, crested cranes, peacocks and lions. Lions are very fierce animals. They have long and pointed teeth. Lions are very strong. We saw a lion killing a kob and tearing its skin.

Ahabwe : I think the lion is the strongest animal in the national park.

Nyanjura : May be not. Our tour guide told us that a giraffe can kill a lion by kicking it. The giraffe is a tall and strong animal too.

Ahabwe : I saw an Ostrich at the zoo. Is a giraffe taller than an ostrich?

Nyanjura : Yes, it is. A giraffe is the tallest animal in the national park. It is even taller than some trees.

Ahabwe : I will ask my parents to take me to Lake Mburo National Game Park.

53. Solve the crossword puzzle below. 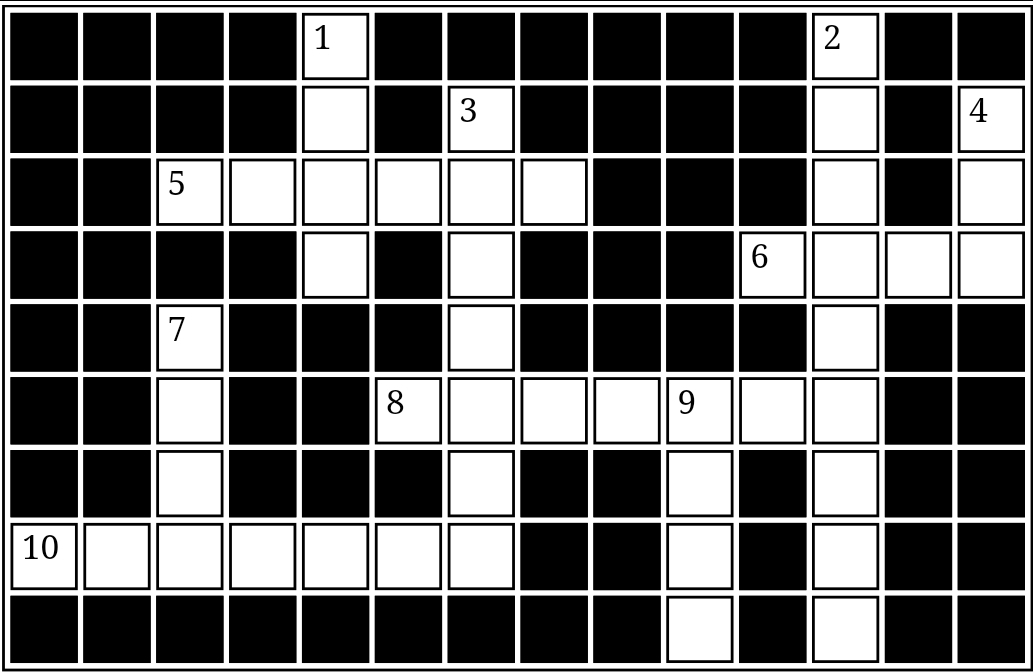 47. (a) Complete the table below correctly